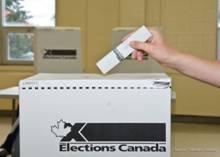 This is version 2.0 of our Oasis Realty Ottawa blog and we are keen to get it ramped up again. (we lost about 5 years worth of posts due to a misunderstanding between us and our website supplier…ugh! …not all their fault but it was surprising there was no way to go back and repatriate the content)

We think we can have a valuable role in creating a forum for consumers and Realtors to discuss real issues in today’s Ottawa real estate scene.  Many professionals in the business don’t have time to blog or don’t have much latitude, due to employee contracts, corporate brokerage policies or management practices.  Many others prefer to focus strictly on marketing and lead generation using their blog.

We hope to emulate in some small way, the super blog by a Realtor colleague in Toronto, David Fleming who has done a fantastic job in “telling it like it is”  in Toronto real estate.  He doesn’t pull any punches, either….something that is not possible for 95% of Realtors out there who are effectively muzzled or controlled, since everything they write or post, is subject to some management or corporate policy, scrutiny or legal potential.  We encourage everyone to check out https://torontorealtyblog.com/  for an interesting perspective on the GTA market and real estate in general.

We think we have some real insight to offer, with over 15 years of industry experience and 12+ years running our own small brokerage.  We have worked with 2 major corporate franchise brokerages prior to launching our own brokerage, so we feel we offer an interesting perspective.

We encourage you to submit questions and issues you would like to hear about it and we will address them, if we believe they are topical and of interest to other consumers.  So what are your thoughts on the Ottawa real estate market?  What have your experiences with Realtors been? What surprises, confuses, entertains or ticks you off about how real estate is done?

We look forward to hearing from you!